Personal: “Bennett” is a very common name in the Buxton area and the Town Memorial names 9 men with this surname. The most likely of all the “R” Bennetts named in the CWGC database is Raymond – although he originated in Hayfield.

Raymond was born in Hayfield, Derbyshire, in the March quarter 1897. He was the son of Raymond (Quarryman) and Mary (née Wood) Bennett of Little Hayfield, Stockport, Cheshire. He had an older sister, Gladys. In 1911 (Census RG 14/21293) Raymond was employed as a “Print Work Labourer“.

His name appears on the Hayfield War Memorial – so there may some doubt whether or not this is the same man as commemorated in Buxton, although as an Optician it is possible he opened a shop in the town after 1911. 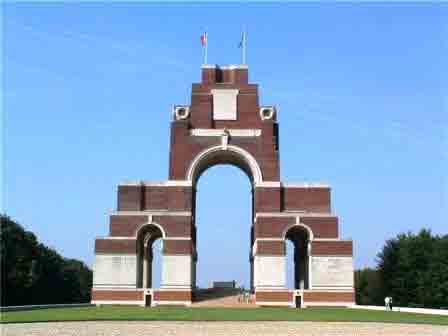 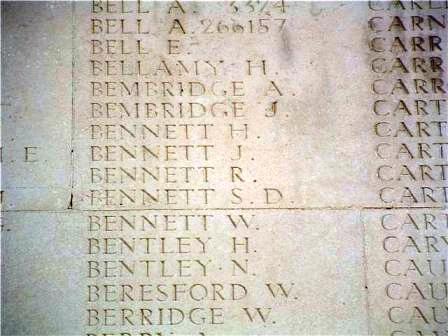 Military Service: Raymond enlisted into the Sherwood Foresters (Notts and Derby Regiment) at New Mills, Derbyshire. His Service Records have not survived. His Medal Index Card gives no further details of his Service. It seems that Raymond attested in the Derby Scheme an original 4-digit number (2997). He was called up to 2/6th Battalion in late January  / early February 1916.

His Battalion had been formed at Chesterfield on 14th September 1914 as a second line unit and moved to Buxton on 2nd November, with Battalion HQ occupying the Empire Hotel (right).

In January 1915 they moved again to Luton and placed under the command of 2nd Notts. and Derby Brigade in the 2nd North Midland Division.

In August 1915 they became the 176th Brigade, 59th (2nd North Midland) Division and moved to Watford after a few weeks at Dunstable.

In April 1916 the Battalion (as part of its Division) was posted to Ireland to quell disturbances and were based in Dublin.

After the passing of the Military Service Act in 1916 it was deemed that all men had agreed to serve overseas and thus the Division was available to be sent, once it was trained.

They were moved to Fovant, near Salisbury on 12th January 1917, landed at Boulogne 25th February 1917 and completed their concentration at Mericourt on 3rd March 1917. It was reported that the Division were not properly trained but it did not have any opportunity to add to its training before it was thrown into the front line south of the Somme, near Estrees.

Divisional Headquarters was established at Bouvincourt in April 1917. Units of the Division captured Jeancourt but were repulsed at Le Verguier. Just where in these events Raymond lost his life is not known but what is certain is that two months after landing in France he was killed in action. His body was not recovered or subsequently lost and he is commemorated on the Thiepval Memorial. 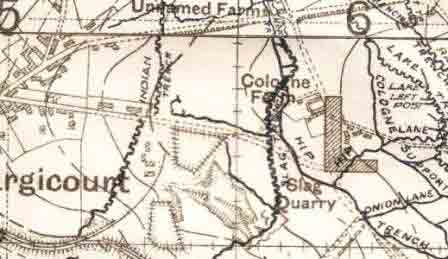 As well as Raymond Bennett, 31 men and 4 officers were killed in action, including Captain William Brabazon Mather Jackson.

A number of other Buxton men enlisted in the 2/6th Battalion at about the same time as Raymond – judging by their Service Numbers – and like him gave the Supreme Sacrifice:

This entry was posted in Sherwood Foresters, Thiepval, WW1 Names. Bookmark the permalink.